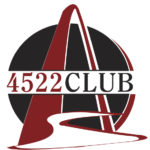 May, 2022 | Michael Scott Wirthlin (aka Spot), born August 7, 1951, died at home on May 22, at age 70.
Michael is survived by his beloved wife Julia, daughters Vanessa and Louisa, and his grandson Connor, and countless friends. As a longtime friend of Bill W., Michael helped innumerable people – both friends and strangers – on their way to better lives. He will be missed beyond measure. Michael loved running, laughing, guitars, and his dogs. In lieu of flowers, donations can be made to the Lindell Club, or AA Central Services in St. Louis. An organized celebration of life will follow at a later time, but we hope you will also celebrate Spot’s life everyday.

Patrick worked hard at everything he did. He lived a life of service. He was always giving of his time, talent, and treasure. He cared. Even during the COVID-19 pandemic, Patrick was volunteering at St. Vincent DePaul Catholic Church. He also came out of retirement to serve as the Director of Lindell Club, which provides a safe, sober environment for members and guests to meet and socialize and to extend the welcoming hand of recovery to all who seek it.

Patrick was so proud of his family, especially his three boys. That is, until the grandkids entered into the picture. Then, they became his everything. He also had a special place in his heart for all of the family dogs, including his own, Belle.

While the grandkids called Patrick “PaPo,” that wasn’t his only nickname. Many of his friends called him “Patty’O” or “Big Show.”

Patrick had several careers, but he really loved the ones that took him out on the road. From running Transcity Express with his brother Jim to driving buses across the country for Vandalia Bus Lines. Not only did Patrick love being on the road, but he also loved to share directions and knew exactly where to park in every major U.S. city.

Patrick was a public servant for the City of Richmond Heights. He was elected and served as a councilman in the 80s and 90s and then was elected mayor and served from 1996 to 2000.

No matter who you were or where you came from, Patrick welcomed you into his life and he was there for you when you needed him most. He was kind, generous, and loyal. He will be missed.